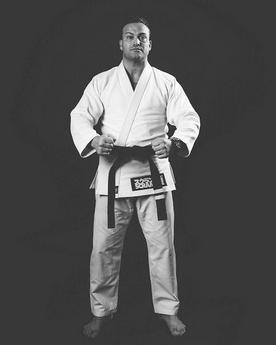 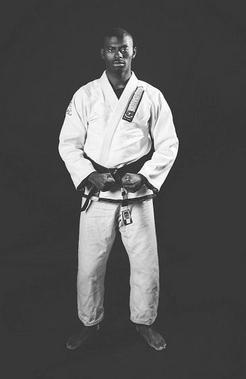 Eddy Recchia pictured at right has been practicing Martial Arts since he was 6 years old.  He began his training with his father (also a Black Belt in Tae Kwon Do) under Master Che Rhee in Milford, CT.  He began his mixed martial arts career with AMAA at the age of 17 obtaining his black belt and becoming the 2nd Sabunim under chief instructor Adam Rylski.  He trained and worked as an instructor in West Haven and Milford while finishing his Bachelor’s of Science degree in Public Health at Southern Connecticut State University.

“Martial Arts has provided me with the resolve, determination, and commitment to my mental health, physical health, and has been a contributing factor to my success in my younger years, through to the present day”.

Sabunim R’s teaching style emphasizes on situational defense and awareness, healthy eating/lifestyle goals, women’s self-defense, a solid, structured, work-life balance and to providing children with the core skill sets they need to properly defend themselves, while growing to become healthy, productive, young adults.  Eddy has an unwavering dedication to the Assembly of Martial Arts Academy, his family, his friends, and all the students he trains.

​If anyone knows, or is a Yoga, Cardio-Kickboxing, or Hip-Hop Dance Instructor, please give Adam Rylski a call at 203-671-6903.  We are looking to hire today!  Thanks!

Jason Thigpen, Pictured at right. Has been training at the academy since he was 12 years old. A martial arts enthusiast, Jason learns everything he can about the arts so he then can share his knowledge with his students. Jason has trained in several disciplines which include Tae Kwon Do, Judo, Brazilian Jiu Jitsu, Capoeira and Original Giron Escrima. With 18 years of experience in 2016, Jason was inducted into the USA MMA Hall of Fame. Some of my favorite qoutes come from Bruce Lee 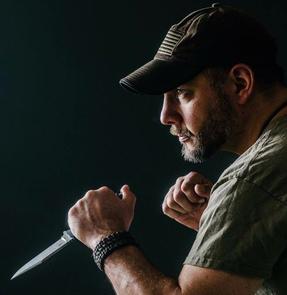 Chris LaCava pictured at right has been training in the martial arts for over 30 years. He frequently travelled to Daegu, South Korea to train with his teacher Grand Master Lim, Hyun-su (1 of only 4 people to ever receive their 9th Dan directly from the founder of Hapkido, Choi, Yong-sul Dojunim). Master LaCava is a 4th Dan in Jung Ki Hapkido, 1st Dan in Chung Suk Kuhapdo, and earned his Master Certificate directly under Grand Master Lim.

Master LaCava has trained in Inosanto Kali under Raffi Derderian and is a certified knife instructor under Hock Hochheim (Force Necessary: Hand Stick, Knife, Gun). He trains in Bahala Na/Original Giron Escrima (OGE) under Grand Master Michael Giron and has been authorized to teach and lead his own OGE training group in Connecticut.

Martial Arts has been Master LaCava's life and has taught him in the balance of life, which applies to his training. With that in his mind, he is also a Licensed Acupuncturist and an EMT who travels the U.S. on his "Beat'Em & Treat'Em Tour" teaching seminars on Traditional Martial Arts/Modern Combatives and Eastern/Western Medicine. 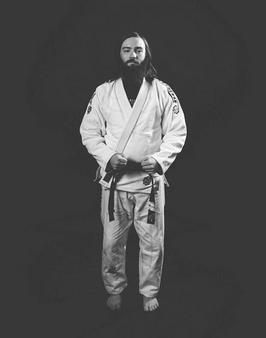 Chad Betz, pictured at right, trained in Tae Kwon Do as a child. He rediscovered the martial arts as an adult by training at the Assembly of the Martial Arts Academy where he earned a blackbelt. While continuing to train at AMAA, he also trained in other styles earning a second blackbelt and increasing his knowledge of the martial arts. He has competed successfully in Brazilian Jiu Jitsu, Point Sparring, Open Hand Forms and Weapons Forms. He continues to explore different styles of martial arts and writes the martial arts blog for dauntlessfightclub.net 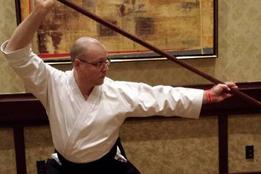 Adam Rylski, pictured at right, is the Owner and Chief Instructor of the Assembly of the Martial Arts Academy (AMAA). He is a local resident, having been born and raised in Milford, and currently residing in West Haven. He has been practicing Martial Arts since the age of nine. As a young entrepreneur, he established this business in 1991. He holds a 6TH Degree Black Belt in American Mixed Martial Arts.

Sabunim has received many awards for his commitment and dedication to the arts and community, including 2013 Best of West Haven Award, 2012 Best of West Haven Award, 3 time inductee into the USA Martial Arts Hall of Fame, 2003 YMCA Community Builder of the Year and 2009 Community Leadership Award for West Haven’s WHINC. Martial Arts is more to Sabunim than just physical activity and defense, he teaches his students life skills such as, confidence, character development, good sportsmanship, hygiene/health, stranger awareness and bully busting. This training develops a well-rounded lifestyle.

LIFE AT the academy